Including Player Voices Early On in Agile Game Development

The process of game development is constantly evolving—and different parts of the industry move and evolve differently, too. One aspect that has gained substantial traction in recent years is expanding the role of the player community in earlier stages of the game development process. It’s not an entirely new concept—browser games, for example, utilized this approach early on and still do. A select group of players gains access to a closed test server and can test new features, provide feedback, and make suggestions to help inform future feature prioritizations or any needed adjustments to existing features. Game developers interested in utilizing early access to customize their game to an activated audience can learn from vanguards. They can also borrow inspiration from industries that frequently employ agile development models.

While not technically an agile methodology in itself, community engagement is a complementary tool founded on similar principles. One thing that’s certain is that community inclusion—as with agile development—can only produce good outcomes when there’s a strong vision at the outset. Developers are the vision holder; community inclusion can simply help make the final product more fun for the players and is a fantastic reality check for what works and what doesn’t. To get the most out of involving communities of players, developers need to establish a framework for the ongoing collaboration, starting with a clear vision and initial design.

Beyond alpha and beta tests, which have been around for a long while, there are many other ways to involve the community including forums, chat platforms and social media, playtests, surveys and polls, or bringing in a small group of players for focused conversations. Done right, this collaborative, inclusive approach to agile development can build or strengthen a loyal fanbase, which will help amplify the game’s future community and even bolster marketing efforts.

There’s no need to wait long before bringing in the community. And it’s worth doing for future, subsequent titles, too. There are multiple ways to connect with players to gather important information early on—even before a single line of code has been written.

I have had the great honor and pleasure of participating in an all-day event about inclusive design, where a small, diverse group of players was invited to share their stories and their experiences playing games. Our goal was to identify common challenges, things that would make players’ lives easier, and which features incited strong emotions. Inclusive design and accessibility features benefit everyone, but in order to know what is actually helpful, it’s imperative to talk to the users. Even the greatest amount of empathy does not replace lived player experience. This can include general gameplay considerations, physical obstacles, or cognitive constraints. In terms of general gameplay, it helps getting insight into typical player routines. How do they set up? What are the typical steps they take before they launch into the level? This could reveal that some functionalities require too many clicks or involve too much waiting time. On the physical side, we learned that many players prefer a toggle option over a hold, simply because they encountered muscle fatigue from holding down a button for a long time. In our case, we had been focused on physical challenges, but the sprint made us aware of cognitive aspects of the game that would benefit from the ability to slow down—this way, the player can still have fun without being overwhelmed by the cognitive overload of fast-paced decision-making.

One key thing to remember here is that it’s much easier to take inclusive design into consideration during the design stage of game development, rather than shoehorning in accessibility features later on. Rather than thinking of these efforts as catering to subgroups of potential players, developers should regard them, simply, as good design practice. Connecting with community members early and often can prevent big missteps when it comes to inclusive design.

Developers can run focus groups for any number of game aspects. When considering who to invite, it’s important to bring in a diverse group of players so as to gather the widest possible range of inputs from the session.

Playtests are not just a great way to share with the community; they’re also informative—and fun—to run with the development team. Developing a product engages a different perspective from using the product—the proverbial forest for the trees. Running playtests helps engender player empathy and allows developers to get a feel for individual features in the context of the fuller experience.

To invite community members to playtests, developers can set remote or on-site sessions, either at the development studio or at a dedicated playtest lab (which is usually also equipped with recording capabilities). (Make sure to inform all playtesters before recording, and collect NDAs, etc.)

Playtests can begin as soon as there are playable prototypes. Starting early can help identify the game mechanics that really hook the player versus the ones that only worked on paper.

Some players may be more vocal in sharing their feedback on forums than others, regardless of playtime or enjoyment. To ensure that the loudest voices don’t dominate the conversation, developers should set up telemetry tools to measure and monitor players’ performance data, choices in settings, gameplay-related choices, etc. Telemetry can provide a more accurate reflection of player experience by putting the verbal feedback into the context of actual in-game measured player data. Keeping track of choices in game settings can also help to identify default selections for the final product. Popular examples are Subtitles On/Off, Font Size, Button Toggle vs. Hold, and similar.

Well-designed surveys are a great way to get useful data at scale and can even be utilized to observe trends when requested in regular intervals. There are survey providers who can help design polls and identify and recruit recipients (depending on your needs). Developers can get a “pulse check” by running polls on Discord or social media, or they can open a dedicated thread (with a moderator to make sure responses stay on topic) for ongoing community feedback. This is a more labor-intensive approach, as someone on the team will need to read through all responses to identify themes, key points, outliers, etc. Another way to engage the community is by hosting occasional live “office hours” events. This is a fun way to stay in touch with engaged players, though it can be a lot of work.

No matter the game in-development, chances are that there are already published games that have similar features or functionalities. When developing a game, it’s worthwhile to seek out public spaces where game communities discuss similar games already in existence, to research the challenges and frustrations players encounter that might be applicable to a game in development. These public spaces exist on various platforms such as Reddit, Discord, and Facebook, as well as on dedicated forums. This research can help developers avoid seemingly minor bugs or shortcomings that actually cause major frustrations to players, and also identify which features are celebrated and beloved.

How to integrate community feedback into the development processes

Developers can set themselves up for future success in community development by adding a community director to the team. That person will be the point person to formulate a community engagement strategy, as well as to identify staffing and tooling needs.

It takes time and commitment to grow a healthy player community, and the process is deceptively complex; wise developers avoid the temptation to let the development team self-manage community efforts. Additionally, a community director benefits the development team by helping establish communication guidelines; as wonderful as it is to interact with players, it’s also important to set some parameters to keep players happy while protecting company interests and embargoed information.

Last, here are a few tips to help make the process run smoothly:

1. Platforms, tools, and team: Be clear on where to focus engagement and for what purpose, asking questions like: “How exclusive do we want our early access community to be?” and “How do we select the players who receive access to those early features?” Development teams should look into tools that can help with community engagement workflows, including automation or even data analysis. Some community tools help with working across multiple platforms, while others can connect to an existing bug database; others still allow for cool things like sentiment analysis. Forums are still an amazingly useful tool in working with communities, as are video calls or even hosting a small group of players at a studio. However, each of these options requires someone to take the helm, so it’s critical to staff early and appropriately.

2. Set expectations: Be clear about the desired outcome, both as a whole and in each individual community effort. Before soliciting feedback, it’s ideal to define clear goals for the project in regards to desired outcomes and priorities. By clearly communicating those goals to community participants, developers can help them tailor feedback toward the things that are most relevant for the game’s needs at that stage. Identifying goals at the outset also allows developers to filter through feedback more easily and prioritize implementation adjustments.

3. Communicate: Once community efforts have begun, developers should continue to keep their community updated on progress. Letting participants know which suggestions are being considered for implementation and why will help build trust and buy-in from community members. This is also a fantastic way to practice handling future player-reported bugs and status updates.

4. Process: Stay on top of processing the feedback you receive across various platforms to identify key themes and trends as well as individual outliers that may not be common issues but impactful enough to still discuss. Make sure to include at least the “what” and “why”; not only will you advocate for your community, but it will help your development team decide what to prioritize. Once processed, this feedback should result in clear and easily digestible reports and presentations.

5. Communicate II: Set up a framework with the development team representatives to discuss feedback items and themes identified at the outset, as well as to get updates on topics from previous meetings. Consider sending out informative updates to the wider development team, especially if players loved the latest updates! Appreciation goes a long way in team motivation.

6. Telemetry: As soon as players are given software to interact with, developers will want to collect relevant data (making sure to be compliant with data privacy requirements) to complement the actively voiced feedback, as well as to identify performance issues and their causes early on. This helps avoid the trap of listening only to “the vocal few” and makes sure all players’ experiences are reflected.

7. Be flexible: Just like with agile development, the key to being a successful game studio is being able to adapt to changes and make adjustments while still honoring the original vision. As developers receive community feedback, it’s important to be open to making adjustments—even if they lead the team and the game down unexpected paths. That said, developers always have the power to reject individual suggestions, as only they know the bigger picture and context of future updates.

There are a variety of approaches available for game developers looking to work with the community early on. Different team setups and different games may necessitate different tactics for making the most of this process. But regardless of the methods developers choose to facilitate community engagement, there’s no question that the game will benefit—and the game community will appreciate the chance to participate. Because we’re all here for a good time! 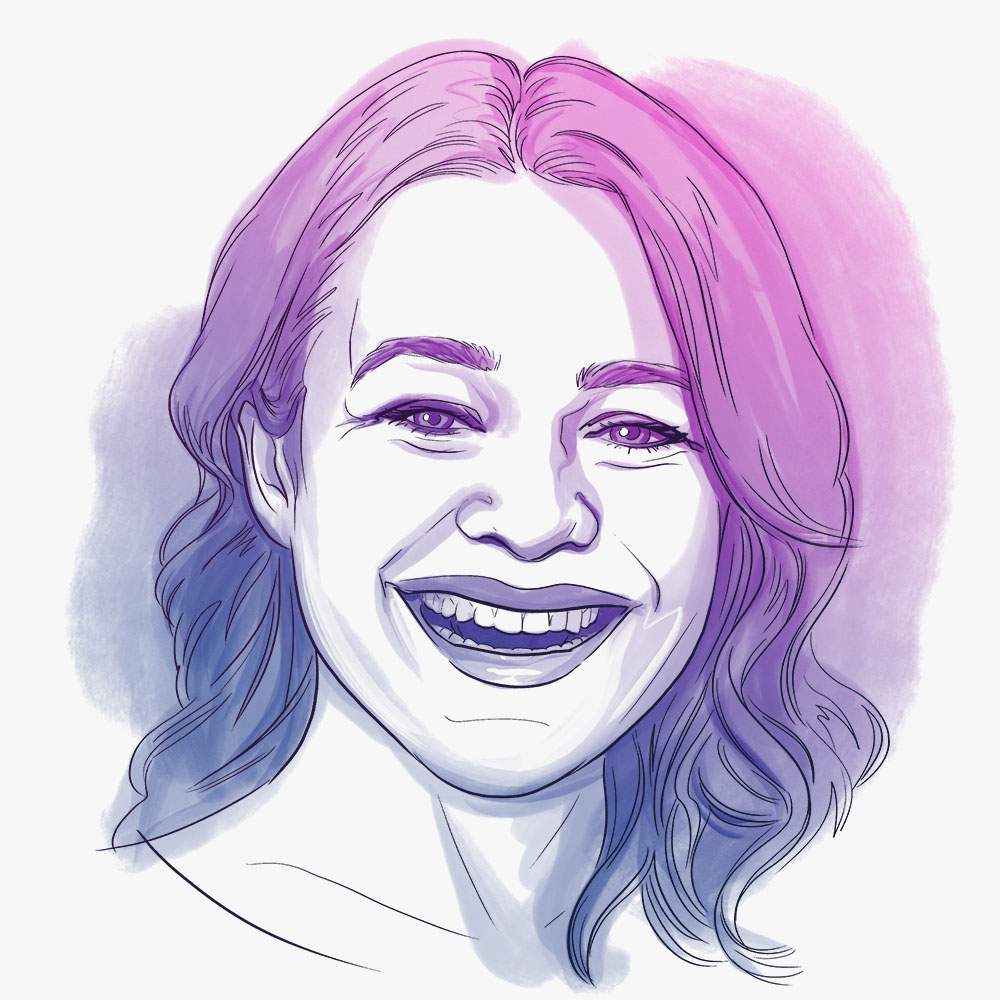