Data as an Agricultural Product

If you, as a consumer, have a preference for buying food with an “organic” label, you’ve already accepted that data is an agricultural product; the data on that label conveys a higher value than a “conventional” counterpart.

What happens when we connect small farmers directly to such consumer transactions, allowing them to contribute the data that helps consumers make determinations regarding the quality, value, and impact of the fruits, fibers, grains, or other goods that they grow? What if a consumer could pick up an apple and know which farm it came from?

This is the future of data as an agricultural product.

In our apple scenario, we know that an organic-labeled apple can command a higher price than one that is not labeled organic. A factor in this price differential is the certification implied in that organic apple—someone has attested that the apple was grown meeting organic requirements. Such certifications allow retailers to recognize, advertise, and sell that apple as an “organic apple”; even if another apple is grown using the same practices, but fails to be certified, it isn’t worth as much.

From a data economics science perspective, how do we view this? The organic certification and label applied to that particular apple derives from a set of data points associated with that particular apple and the bushel, or even farm, that it came from. This data contextualizes what kind of apple the apple is according to an outcome—organic—that consumers find meaningful and valuable. The associated data points have been collected, stored, and verified by the certifying organization so that, if someone checks, they can show the apple was indeed grown in a way that meets organic requirements. The apple without an organic label does not come with this contextualizing data communicating its special, higher value.

So, what’s the value of this organic certification data? We can take this thought experiment a step further and quantify the value of the “organic certification data” to be the difference in price of these two apples—the one labeled organic and the one that doesn’t have the label. What underlies the value of that data? The organic cultivation practices at the farm and the effort taken to audit and record that the farm met these requirements are bundled up into the certification, demonstrating the organic outcome. This gives us evidence of work done in the real world to show the apple is indeed meeting organic requirements. Alternatively, if you grew an apple using perfectly organic practices in your backyard, but failed to record the data demonstrating its “organicness” and didn’t have someone certify it as such, that apple can’t be sold as “organic,” and can’t fetch the premium organic price. The value of that supporting data is lost.

So, now we see that an organic apple isn’t just a “better” or more premium apple—it’s a physical apple, plus the data that went into its certification around how it was grown. That data is sold alongside the apple in an “organic apple” bundle purchase, and in this way, data is already an agricultural product, even if we haven’t previously noticed. 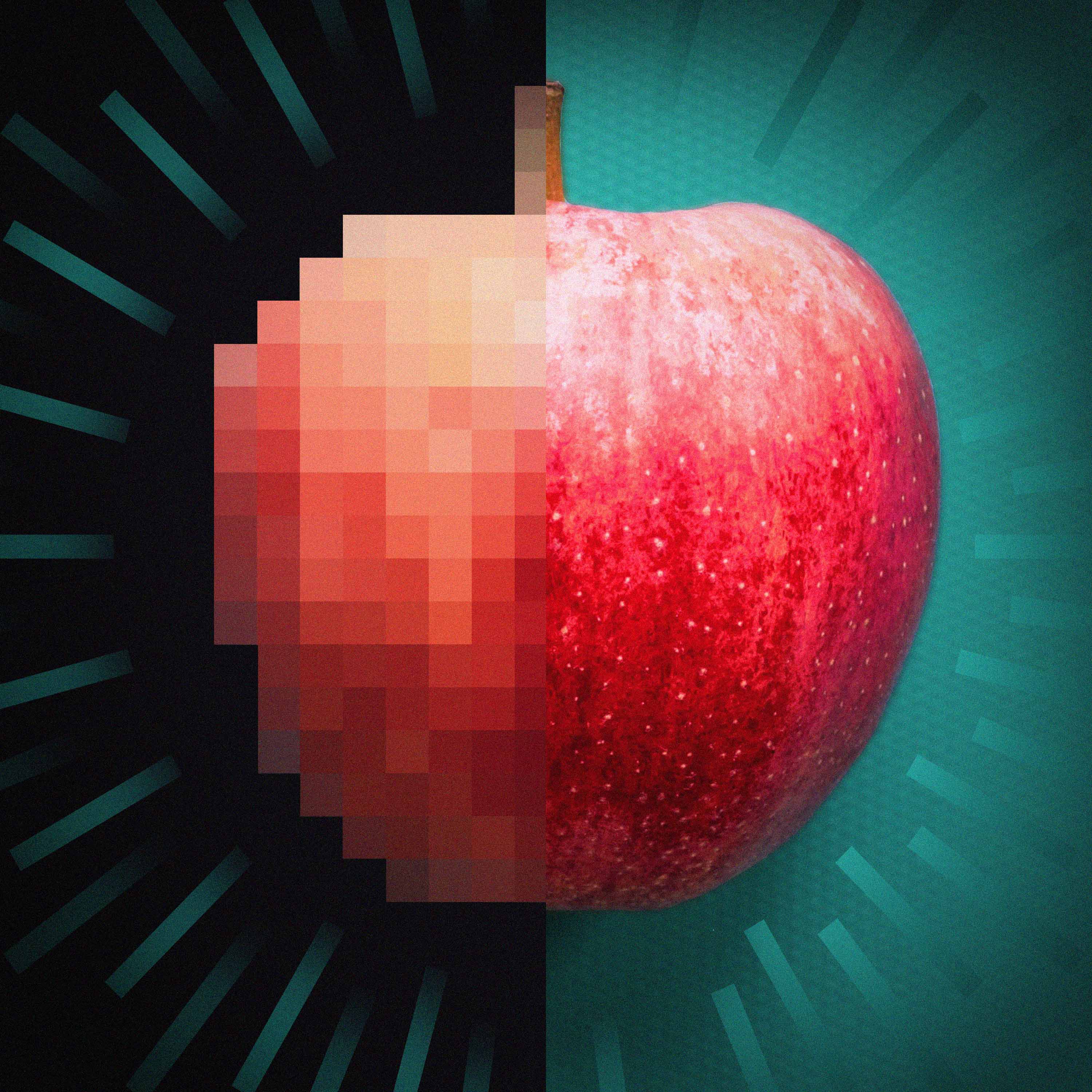 The Opportunity for Smallholder Farmers


Smallholder farmers make up about a third of the world’s population and cultivate plots of five acres or less, often combining subsistence farming with modest amounts of commercial crops. Elsewhere in this issue of The Lydion Magazine, our guest editors describe the global position of smallholders, their role in bringing regenerative agricultural practices to the fore, and a case study of smallholder cotton growth in Haiti that is now piloting the Smallholder Data Services platform on the Lydion Engine, technology that we’ve developed at DECO.

As mentioned in these other pieces, the vast majority of smallholder farmers end up farming “organic by default”—because they can’t afford the bells and whistles such as chemical fertilizers, GMO seeds, herbicides, or pesticides that larger, “conventional” or industrialized farms use to maximize yields, even with some downside to planet and health. The result is that their apples—or cotton, rubber, grains, fruits—might have that same valuable and meaningful “organic apple” outcome, but without the data to demonstrate it, this “organic by default apple” can’t be sold as thus, and doesn’t command a premium in the market to discerning consumers. Without that bundled data product, the organic apple is just an apple.

The advent of inexpensive, scalable, decentralized digital data collection, analysis, and transaction systems has opened up new opportunities for smallholder farmers to explicitly utilize data as an agricultural product. Data, sourced directly from farmers and verified by independent third-parties, has the ability to help smallholder farmers generate significantly more value, improve their livelihoods, and through their unique positions make meaningful impacts on larger issues faced by their local community, their nation, or even at a global scale.

Smallholders face a range of challenges in their day to day economics: food security, limited revenue streams, lack of access to education and tools for improving yields, lack of access to credit or insurance in financial markets, instability or lack of resilience that can be caused by natural disasters, political dysfunction or unpredictability in some of their homelands, and often several of the above.

Back to considering data—in many cases, the only significant and reliable data point available to a smallholder farmer is the price their crops fetch on the market at any point in time. Yet, market prices fetched by an individual smallholder in a developing country are not reliable in demonstrating the value that smallholder generates today nor what they potentially could generate. Prices in local markets are often depressed due to the import of internationally subsidized, and often non-native, crops. In many cases, this leaves farmers with little opportunity to make improvements beyond optimizing to compete with those subsidized prices. Agricultural data has the potential to completely shift this scenario, put more control in the hands of the farmer, and help that farmer capture the true value of their contributions and products.

A decentralized Data Economic Network, or DENET, can collect relevant, ground level information from smallholder farmers. That data, residing within each farm’s “data vault”, can be independently verified while retaining the farm’s privacy and control. With smallholder farmers and their communities at the foundation, they can determine what data goes in, what the best consensus manner is to measure and verify it, and position its value to consumers (with, of course, feedback from buyers and consumers regarding the outcomes they find valuable and meaningful in their agricultural products). This paradigm enables farmers to go beyond the mode of fulfilling third-party requirements and allows them to establish and define their own standards for the crops they grow, but also the impact they have on their communities and the earth—many of which represent valuable outcomes on their own, such as carbon sequestration, or increased literacy.

In our pilots with Smallholder Farmers Alliance and Smallholder Data Services, we’ve seen that the types of data collected by farms varies, based on what farmers and local experts (agronomists, community leaders, and such) ascertain is needed to support, demonstrate, or incentivize various outcomes and results. We’ve found that the data products in development derive from data points on farm practices, crop yields, social factors, financial transactions, ecological impacts, and community metrics. In some cases, this data can be shaped in a variety of ways to derive multiple data products from the same underlying metrics—one data product might be a self-verified “organic” or “regenerative” label, and another data product might demonstrate carbon impact that translates into globally tradable carbon credits. Already, we’ve seen smallholder communities build excitement around their potential participation in carbon markets or the potential to use data to obtain external financing, credit, or insurance products, all while doing things that drive positive ecological and social impact. This data also enables supply chain transparency, fulfilling the demands of local, regional, and global consumers to understand where agricultural products originate, and in helping reduce risk of forced labor or human trafficking in cultivation.

Rather than seeking out or imposing a top down approach that may or may not be the right fit culturally, economically, or socially, a decentralized and smallholder farmer-centric system may be able to to succeed where other approaches have fallen well short of creating the level impact corresponding with the cost and level of effort undertaken.


Data is already an agricultural product, but it’s one that so far has been capitalized on by industrial growers and mostly “lost” in the manufacture to the many smallholder farmers around the world. Perhaps we should find it ironic that data is “the new oil” when it’s held, sold, or aggregated by industrial and commercial giants, but at its point of generation by users, workers, smallholder farmers, these same giants would call it “exhaust.” We disagree with this perspective; data as we know it today is not a byproduct of other actions, but a digital representation of that real world work that can be directly linked to the outcomes and impacts the work creates on the world, and it has intrinsic and inherent value because of this.

Technological and economic advancements—decentralized data systems in the form of “Web3” technologies and the growing acceptance of digital assets on global financial markets as discrete commodities that can be independently bought and sold—open up an enormous opportunity to infuse a third of the world’s population with new tools to capture the value their work creates, not only for themselves, but for the planet and for global consumers. This vision is one we find worth pursuing as we continue to explore how to cultivate, value, and transact data as an agricultural product.

The Lydion Engine, which forms the core technology backbone powering the Smallholder Data Services platform, provides the decentralized data economic network (DENET) and data vault infrastructure as well as the transactional proof-of-work toolset to “cultivate” meaningful and valuable digital data assets at the farm level that represent outcomes farmers are able to transact.

SDS is piloting its technology in three countries across three continents, with more coming online on a regular basis, and its partners have already secured contracts with end buyers for the regenerative products (agricultural product + data demonstrating regenerative practices, remember) that its participating farmers are growing.

We look forward to providing updates on SDS and the results of its technology pilots as they read out in 2022.